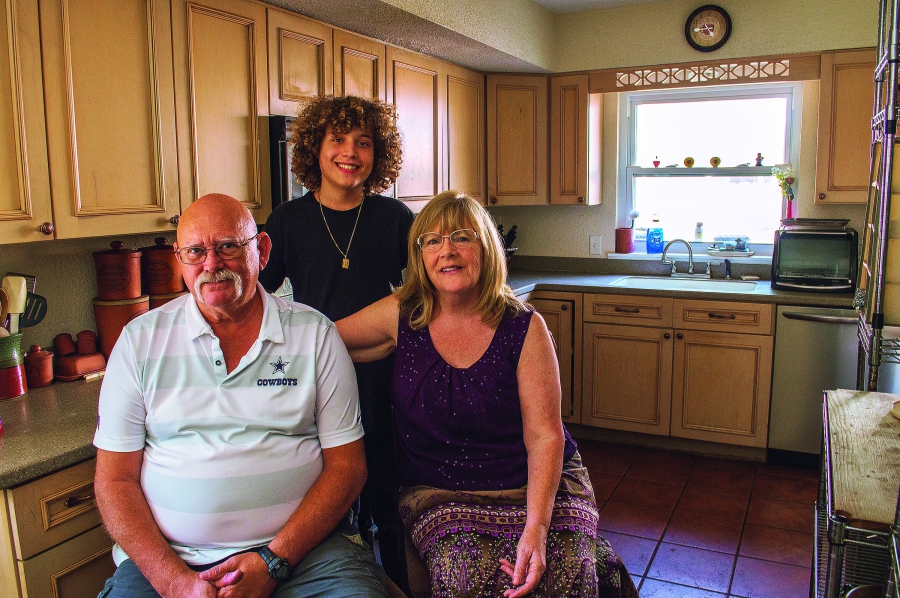 Having the grandkids come stay for a weekend or even part of the summer is a highlight for many grandparents, but what  happens when those brief stints are replaced by months or even years of being the primary caregiver? Economic pressures and  issues with substance abuse among 20-somethings and 30-somethings often force biological parents to seek assistance in ways  that remove them from their children. When that happens, children often go to live with their grandparents for an extended period of time, creating a phenomenon where these once-empty-nesters are now faced with child rearing once again.

Over the past 10 years, the number of grandparents raising grandchildren has steadily risen seven percent, from 2.5 million to  2.7 million. The number of children living with grandparents is 5.8 million, or about eight percent of kids under 18. That means 2.7 million senior adults are now responsible for raising their children’s children. One-fifth of these elders have incomes that place them below the poverty line.

For obvious reasons, this model is simply not sustainable and is not ideal for any party in this equation. But for the millions of  parents suffering from addiction or mental health challenges, imprisonment, physical health issues or just general instability, this situation is reality.

The initial transition from reveling in the empty-nester life to suddenly caring for a child or children can be at once bewildering, exciting and stressful. For the first few weeks, the grandparent may be understandably excited as they get to spend more time with their grandchildren, but as the realities of parenting as an older adult set in, they will need support to manage the stress and expenses of their new lives.

While widespread opiate use among the middle generation is considered most to blame for this troubling development, the situation is unfortunate for all parties involved. Children feel most at home with their own parents, parents want to have a positive impact in the lives of their children, and grandparents want to remain in both of their lives. Thankfully, generous grandparents are there to step in the gap when necessary, but that resource could quickly dwindle if the community does not support them.

Sometimes, these two generations are fused together through no fault of their own. That is what happened to Kathy Huntley and her grandson Jayden, now 14. Huntley adopted him before he was 2, after his mother was tragically killed in a DUI accident. While she reports that it has been a wonderful transition, the dynamic is not without its hardships.

“We had to contend with substance issues,” says Huntley. “He’s doing much better now, though. I also lost my mother when I was young, so we’ve tried to keep his mother a central part of his life, even though she has passed."

That is key to a successful relationship, experts say. No matter the issues and challenges that parents often put themselves through, children will love their parents unconditionally. It’s crucial to not challenge that love, but to encourage it.

“We still go lay flowers at her grave,” says Huntley. “We try to make it not all gloom and doom. I tell Jayden what a wonderful person his mother was.”

Of course, there are times when the grandchild will simply miss their parent. This is normal, too, and those feelings should be allowed to be processed.

“They need a support system just like we do,” says Huntley.

Thankfully, that support does exist. Council on Aging of West Florida offers support groups the second Thursday of the month at 6 pm at 875 Royce St. in Pensacola and the first Wednesday of each month at 9:30 am at 1936 Navarre School Rd. Refreshments are provided.

Huntley has attended for the past nine years. Many participants report how the program has helped them, connected them with resources and been a network of empathy when no one else understands.

“I have a real bond with the ladies in the group, and that bond has strengthened the one I have with Jayden,” says Huntley.  We weren’t expecting to do this; no one ever does. But it’s okay, because you feel closer and you feel more and that’s good. Things are looking up.”