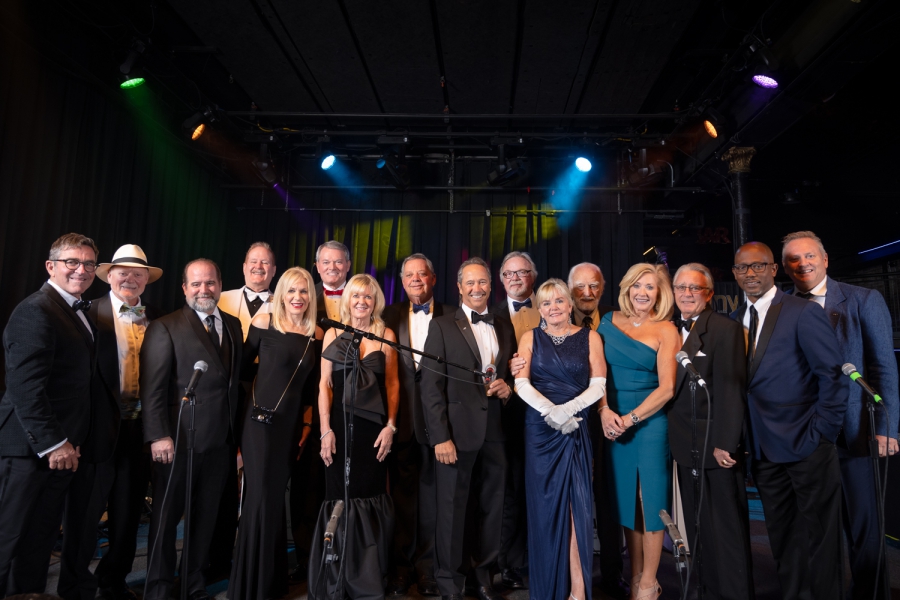 For 10 years, Council on Aging of West Florida’s Rat Pack Reunion fundraiser has raised nearly $2 million for vulnerable elders in Escambia and Santa Rosa counties. On Saturday, Nov. 6, the annual gala held its grand finale in honor of the late Fred Levin, with title sponsorship provided by the Levin Papantonio Rafferty law firm. This year’s event was the most lucrative in its history, raising $220,500 that will have an immediate and tangible impact in the lives of senior citizens.

In the past, each new Rat Pack Reunion would honor a handful of community leaders and philanthropists, providing their friends an opportunity to toast and gently roast them as “Rats” for the good of the cause. This year, the theme of the event was “My Way,” a tribute to Fred Levin’s favorite song. Levin was the agency’s first ever Rat in 2011, and the Rat Pack Reunion committee felt it a fitting tribute to honor him and all past Rats for the event’s final bow, instead of inducting new members.

“This Rat Pack Reunion, first incepted by board member DeeDee Davis, has been revolutionary for our fundraising and community awareness efforts,” said John Clark, president and CEO of the Council on Aging. “The event exposes the area’s movers and shakers to our mission, while raising lots of money and stewarding those individuals for future support. It has truly been the perfect fundraising event, but as our first Rat and foremost champion Fred Levin passed away tragically earlier this year, it is appropriate to close this chapter of our development efforts and move on to the next.”

After the COVID-19 pandemic cancelled most public fundraising efforts in 2020, a successful event this year was crucial to the agency’s long-term success and the sustainability of its vital programs and services. While Council on Aging does receive federal and state support, private funds are critical for drawing down those dollars, as well as the unfunded and underfunded initiatives that the organization executes on behalf of senior adults.