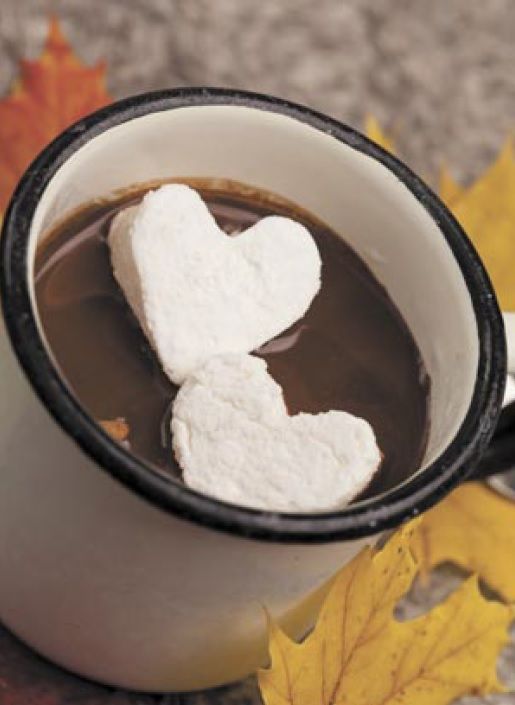 Drinking two cups of hot chocolate a day may help seniors keep their brains healthy and their thinking skills sharp, according to a study published in Neurology, the medical journal of the American Academy of Neurology. During the study, 60 people with an average age of 73 who did not have dementia drank two cups of hot cocoa per day for 30 days. Researchers tested memory and thinking skills as well as the amount of blood flow to the brain during the tests. Researchers have discovered that blood flow plays an important role in thinking skills. This relationship between blood flow and the brain's ability to complete tasks is called neurovascular coupling and it just might play an important role in diseases such as Alzheimer's. By the end of the study, participants who had impaired blood flow at the start of the study (18 of the 60 participants) showed an 8.3 percent improvement in blood flow to the working areas of the brain. Test times also improved for those with impaired blood flow. Those who started with regular blood flow, showed no blood flow or testing improvement.

A total of 24 of the participants also had MRI scans of the brain to look for tiny areas of brain damage. The scans found that people with impaired blood flow were also more likely to have these areas of brain damage. Half of the study participants received hot cocoa that was rich in the antioxidant flavanol, while the other half received flavanol-poor hot cocoa. There were no differences between the two groups in the results. "More work is needed to prove a link between cocoa, blood flow problems and cognitive decline," said Paul B. Rosenberg, MD, of Johns Hopkins School of Medicine in Baltimore, who wrote an editorial accompanying the study. "But this is an important first step that could guide future studies." The study was supported by the National Institute on Aging and the National Heart, Lung, and Blood Institute. To learn more about brain health, please visit www.aan.com/patients.