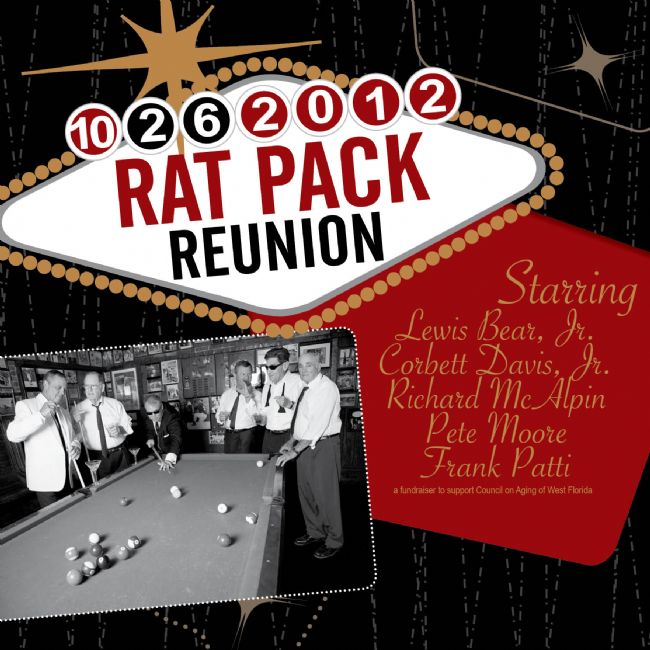 PENSACOLA, Fla. (October 11, 2012) %u2013 Council on Aging of West Florida will once again pay tribute to the original Rat Pack as well as honor a pack of local leaders at its Rat Pack Reunion 2012 fundraiser. Last year%u2019s honoree, Fred Levin, will be on hand as master of ceremonies as Lewis Bear, Jr.; Corbett Davis, Jr.; Richard McAlpin; Pete Moore, and Frank Patti are recognized for their business leadership and service to the community. The event will include a plated Italian dinner, martini and cheese bars and dancing to the music of the Ol%u2019 Blue Eyes era as performed by renowned Sinatra tribute artist Tom Tiratto, whose appearances include The Tonight Show with Jay Leno.

The black-tie event will be held at New World Landing in Pensacola on Friday October 26 from 6 p.m. until 11 p.m. Tickets are available online at www.ratpackreunion.com or by phone at 432-1475 ext. 305. Net proceeds will benefit Council on Aging of West Florida and the programs and services it provides to seniors and their families throughout Escambia and Santa Rosa Counties.