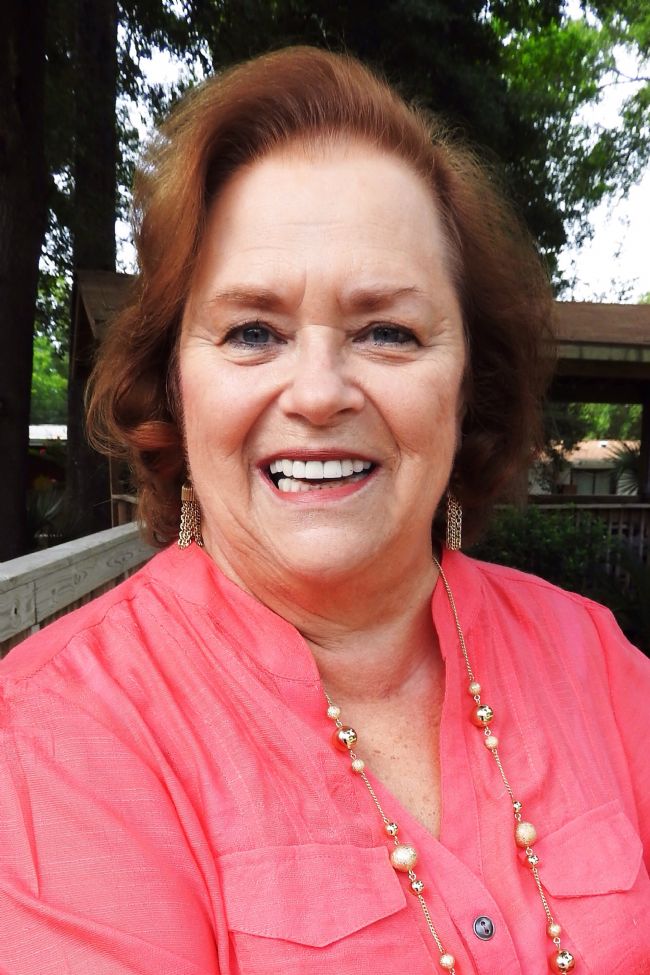 Betty McLeroy could be described as a colorful character, but even this moniker would not do her justice. The current Program Manager for the Office of Volunteer Management, Betty has filled the office with her Massachusetts%u2019 accent and her loquacious nature for over 20 years. She landed in Pensacola when her husband was stationed here. Her friendship with our own John Clark first exposed her to Council on Aging of West Florida and she has been a staple of the office ever since, so much so that her retirement in 2007 only lasted a few years before she returned. Betty refers to this return as %u201Ccoming home. I know this is where I%u2019m supposed to be.%u201D

She describes the volunteers she manages as, %u201Cangels in our midst. They are special, they give of themselves to an often forgotten, neglected group.%u201D The most rewarding aspect of her position is that she is able to %u201Cfind things people need. [I am] able to fulfill the need with volunteers.%u201D

%u201CThere aren%u2019t enough hours in the day, and it can be difficult to coordinate all the volunteers and their different schedules.%u201D Betty remains inspired by the simple fact that she %u201C[loves] people. I am grateful that I have an opportunity to help some people.%u201D She laughs and blames this passionate nature on the fact that she is half-Italian, half-French.

Whatever the reason, we are thankful to have Betty on our COA team. Thank you for all you are and all you do, Betty!