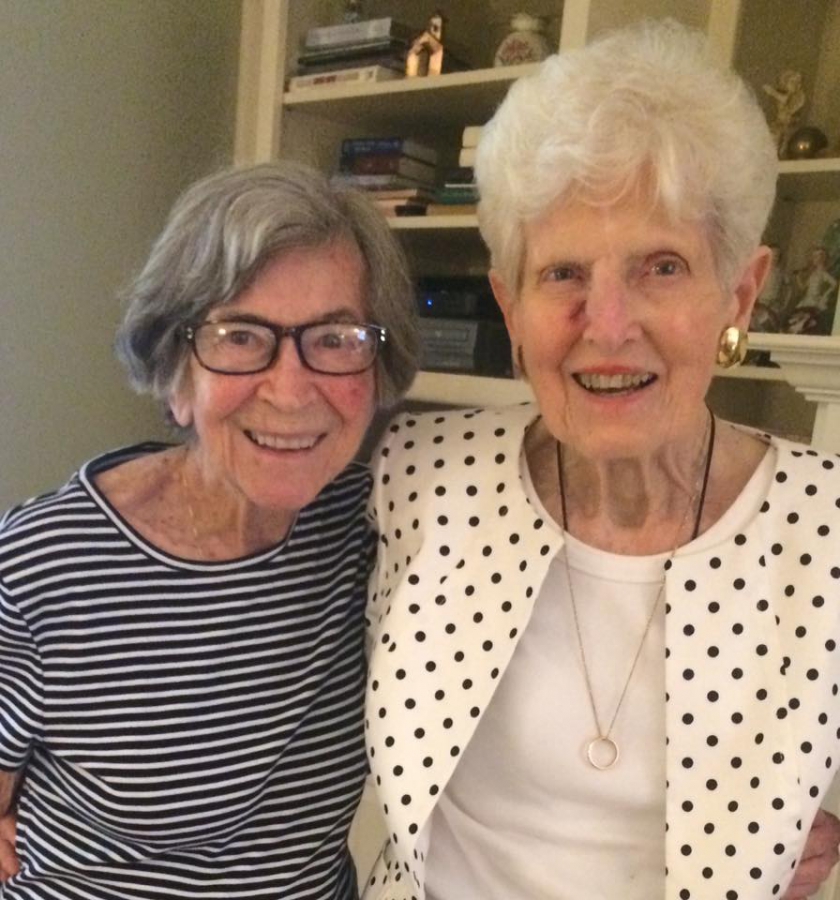 The phrase “best friends forever” is thrown around a lot, but Betty Ward and Dorothy Hanes really have been the best of buds since before they could remember. Betty was born in January of 1928, Dorothy a month later, and they were inseparable by June of that year.

“I’m a month older than her, and I don’t let her forget it,” said Betty.

They grew up together across the street from one another  in Bowling Green, Ky. Betty and Dorothy spent all of kindergarten, grade school and college together, before Betty moved to Pensacola around the middle of the century. That means that for 70 years, they have maintained a long-distance friendship closer than most pals who live down the road from one another.

Betty and Dorothy stay close by talking on the phone, chatting on Facebook and meeting up a couple times a year. In fact, in the 90 years they have known each other, Betty estimates that they have never gone more than a year without seeing each other face to face.

Betty reports that when they get together after a few months, it’s just like no time as passed at all. They play cards, joke, and talk about their 90 years of memories that they share.

They were at each other’s weddings—and helped one another when those husbands passed away years ago. They have been present at the birth of their children, and many of their offspring have forged their own relationships with the matriarchs.

“Just being together was always special,” said Betty, as she tries to remember what her and Dorothy did together during their adolescent years. “We didn’t really play sports or go to the movies. Just walked together and let the time pass. I honestly can’t remember a time when we were ever mad at each other or argued. We had different taste in men, too, so that was never a problem.”

Nowadays, Betty is mostly confined to The Haven in Pensacola, an assisted living facility. Dorothy still lives in Bowling Green and comes down to visit whenever she can. In the meantime, she makes ornaments and other crafts to keep Betty company.

“She loves me and I love her,” said Betty. “We have as much fun sitting in a room together as we did when we used to take road trips as young married couples. She’s so sweet.”

Betty said she’ll probably see Dorothy again sometime after January 2019. Till then, she enjoys looking at photos of the two of them as babies. Betty couldn’t have possibly known, when she was posed next to Dorothy as just an infant, that she was sitting next to a best friend who would accompany her through every great challenge and triumph of life. But they are both so glad they have one another.