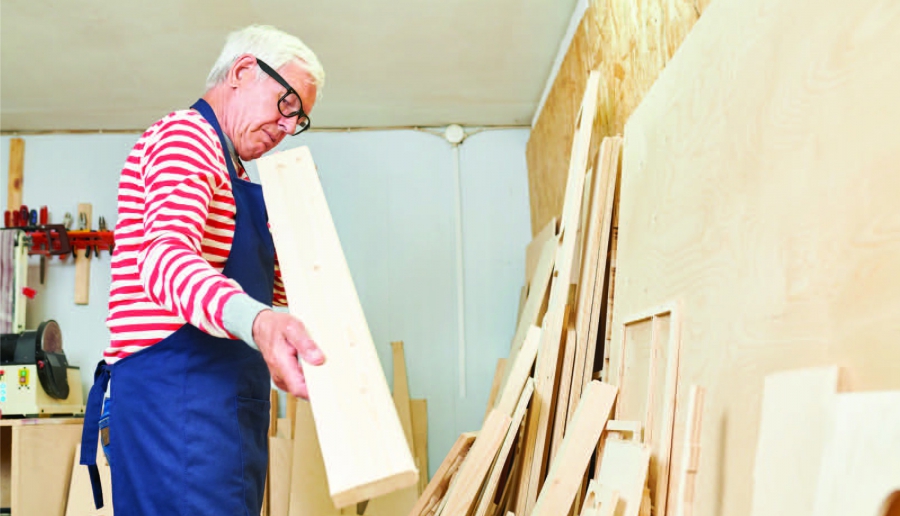 Over the past several decades, the U.S. retirement age has steadily increased. Currently, the average retirement age in the country is 66, an all-time high. Reasons for this shift towards an increased senior labor force range from growing lifespans to an economy still recovering following the financial recession.

Whatever the reason for this trend, millions of “retirement-aged” Americans are discovering that retiring from the workforce is often a lot more complicated than it used to be. For many seniors, rejoining the workforce has been their only option. This process can be daunting for many individuals. Fear of ageism and discrimination often leads many seniors to question their ability and self-worth when looking for work.

Thankfully, many programs and individuals in the area are dedicated to helping seniors throughout this difficult process. After reaching out to one such agency, Coming of Age asked Landrum’s Director of staffing, Jim Howe, about his role in helping seniors find employment.

“We have a unique opportunity as a staffing company to see employment trends from a variety of industries,” he said. “Typically, we ask what our candidates are looking for and try to accommodate their needs as best we can.”

After talking a bit about the staffing process, Howe went on to explain some of the factors which can make employment challenging.

“Many times, we’ll see workers who have been displaced from positions and are looking for a second career or a new position,” he said. “This can be frustrating, as these opportunities can be quite rare and difficult to find.”

According to Howe, hiring is always a two-way street where both the employer and employee should be satisfied. This need to appease everyone is often challenging and requires some time spent educating candidates about what they can offer to potential employees.

“Often, it’s not about experience, it’s about skill sets and personalities,” Howe said.

He went on to explain that often, the impetus for senior’s decision to rejoin the workforce stems from a desire for purpose.

“The workforce provides an opportunity for socialization and a chance for seniors to broaden their peer network,” he said.

Howe explained that despite the misconceptions we often have regarding older workers, they typically prove to be some of the most valuable and reliable members of the workforce.

“Many studies have suggested that baby boomers have much higher loyalty and commitment factor than their younger peers,” he said. “Typically, these individuals have a very strong work ethic and take a great deal of pride in what they do. While misconceptions abound regarding older workers and their assumed aversions to technology, we almost always find them easy to work with.”

After talking with management about the circumstances surrounding elder workers, Coming of Age reached out to Brenda Davenport, one of the many seniors in our area who has decided to make a change in her life and reenter the workforce.

“If something that you’ve been doing for all these years doesn’t cut it anymore, then you need to try something different,” she said. “Things just weren’t working for me and I decided that I needed to restructure my life.”

For Davenport, this change meant more than just reentering the workforce.

After leaving the workplace in 2009, Brenda decided to start going back to school in order to work in the field that she knew really suited her.

“I started out in PJC in 1984 in computer programming,” she said. “While I was at school, I ended up changing my major several times. Now I’m going back to school for business administration. This decision was really difficult as it had been such a long time and thinking about my age, it was really daunting knowing that I was the oldest person in class. The biggest challenge has been all the overload, the classes, the work and the writing. It was so overwhelming at first.”

Despite the challenges, Davenport knew that the struggle of school and work was worth the reward of working in the field that she feels she belongs in.

“This semester, I decided to do at least one class on campus,” she said. “After taking one class I decided to go back out there and work. I knew I could only do part time because it’s so difficult to do both, but it’s been an incredibly rewarding journey.”

Brenda went on to explain some of the unexpected advantages to working as a senior in our area.

“I think that the older we get, the more we can remain disciplined,”

In fact, Davenport’s experiences reflect some of the common misconceptions about older workers. Despite the typical stereotype of older employees as inflexible and inefficient, the reality of what the older workforce has to offer is much different. According to some of the most recent research regarding the work habits of senior individuals, the quality of job performance is often much higher from mature workers than from their younger counterparts. Beyond this, factors like counterproductive work behaviors, turnover rates, ineffective organizational commitments, and even resistance to change are much more common among younger workers.

Although there is often little evidence to suggest that common prejudices towards elder workers have any validity, many elderly individuals report regular instances of ageism during their foray back into the workplace. Thankfully, these examples of unfair practices and prejudices do not have to be the norm.

Thanks to organizations such as Landrum and the HR staff who specialize in aiding seniors with this transitional period in their lives, seniors can find productive and rewarding roles in careers throughout our area without the stress of ageism. Individuals like Davenport serve as fantastic success stories regarding this transition.

“I think that experience and confidence in yourself, knowing that you can do it, that’s most important,” Davenport said. “Me personally, I don’t like to fail. I never like to repeat things over again, I like to get it right the first time… I would tell people who are nervous about getting back into the workplace to just do it and not put any limitations on yourself.”

In a constantly shifting economy, Davenport’s acceptance of change seems as though it is the most important takeaway for many seniors looking to the future. More than ever, our economy is inextricably linked with our elders.