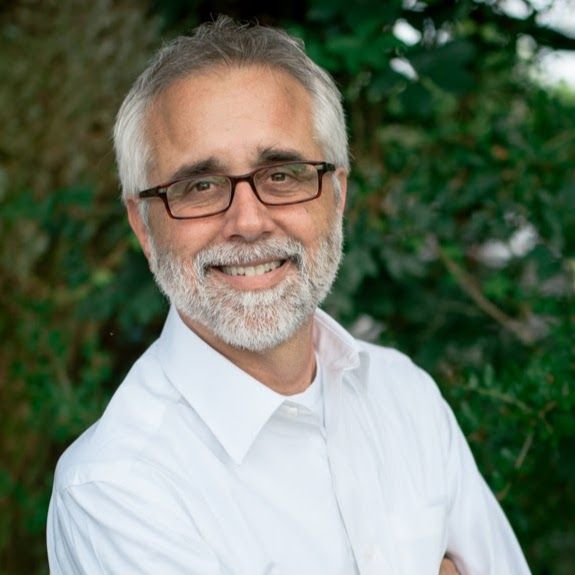 Diagnosed with Early Onset Alzheimer's Disease in his late 40s, one man has dedicated the rest of his life to erasing the stigma associated with those living with this disease. Though Brian LeBlanc is in stage four of his disease, he not only lives independently but travels the country to inspire those diagnosed and their caregivers. Brian works tirelessly to create a world where those with Alzheimer's disease are empowered to not just live, but to live well. Brian spoke with Coming of Age to provide insight on his journey to acceptance both from others, and himself.

"I know you may not remember, but...," are words often said to me before telling me something or being asked a question.

"So, how's he doing?" are words said to someone when I'm standing right there. Friends, family, acquaintances automatically assume I can't understand or reply because I have Alzheimer's, so they ask whoever I am with at the time.

"You have Alzheimer's? Yeah right! I get Alzheimer's when I drink!" These words were said to me in a local retail shop when the person didn't believe I looked the part and made a joke about it.

In all of these instances, I was dismissed, I was shoved in a corner as if I didn't matter. Why is that? Because Alzheimer's is one of the most, if not the most, misunderstood diseases in the world today.

You see, we ask that you see us and not the disease. Alzheimer's DOES NOT define us. It is not who we are, it's just something that we have. I'll give you an example of what it's like living with Alzheimer's. Imagine your most obnoxious relative (we all have one) comes to visit at Christmas. Before you know it, it's Easter and he is still sleeping on your couch, irritating the hell out of you every single day! If someone should be shoved into a corner and ignored, it's that guy!

This is what Alzheimer's is like. Each day, we wake up and, like the obnoxious relative, our disease starts increasingly irritating us. It does this by causing us to forget our words, causing us to lose our balance so we fall, and causing us to the forget names of our acquaintances, our friends, our family, our loved ones.

Living with Alzheimer's is not how I envisioned my retired life to be. I had no idea that by the age of 53, I would be forced into retirement because I couldn't work anymore.

Once diagnosed, I received some very good advice about the permanence of sharing my news. I was told that "once you put it out there, you can't take it back." When I started telling family and friends about my diagnosis, they started to disappear.

Phone calls stopped coming in and weren't returned; it was like I had the plague. My two oldest brothers even accused me of faking my disease. Of course, they didn't say that to me; they told my sister, who passed it along to me. I didn't understand why I was being shunned.

Lisa Genova, the author of Still Alice, wrote the following in the forward of a book written by a very good friend of mine, Greg O'Brien: "We're all terrified of Alzheimer's. This fortress of fear, shame, stigma, alienation and isolation that surrounds Alzheimer's today is not unlike what we saw with cancer 40 to 50 years ago. We didn't even say the word 'cancer.' Instead we called it 'the big C' in hushed voices. But something changed. We began talking openly about cancer. We began wearing ribbons and walking to raise awareness. Now, we have treatments for cancer, we have cancer survivors. Right now, we have no Alzheimer's survivors!"

These words resonated with me because I had a front row seat as it took my grandfather away. I also watched as it took his daughter, my mother, away. Now, I have a disease that I'm going to die with because there's no way to slow it down or take it away. But, I'm okay with that, and I've made peace with it.

Now I fight against my disease. I may not be a crime fighter, but I am a stigma fighter. I don't fight with physical force. Instead, I use my words to bring Alzheimer's awareness and education to anyone who is willing to listen. Whether it be to just one person, 100 or 1,000, my message is the same: don't count us out!

I now live a life where I take care of myself. I know several other people who also have Alzheimer's who, like me, are living by themselves and they do it quite well. This is something that the majority of society doesn't understand. People ask me, how can someone with Alzheimer's live alone? Two words: quite well! When you have no other alternative, you make it work.

Don't count us out just because we have a disease that affects our brain and makes us forget things. We're still us inside. We may not be able to remember things from the day before, but we can still live in the moment with you. We can still enjoy life, laugh, go out to dinner, go to a movie. We're still alive so instead of disengaging from us, engage us. Empower us. Enable us to be present with you.

I only have one life - this life. It's not exactly how I envisioned it, but it is what it is. It may sound strange, but nothing happens by chance. I firmly believe I was meant to live this life to call attention to this incredibly misunderstood disease called Alzheimer's!

I thank you for reading my words and I hope you too feel empowered to erase the stigma. I have vowed in the memory of my grandfather and my mother to continue my advocacy for as long as I am able. When I reach the point where I can longer advocate effectively, I know that I  will pass the baton to a newer and younger generation.

In the meantime, don't try to shove me in the corner as if I didn't matter. If you try, I won't let you, because nobody puts me in a corner!

My name is Brian LeBlanc and I have Alzheimer's, but it doesn't have me!