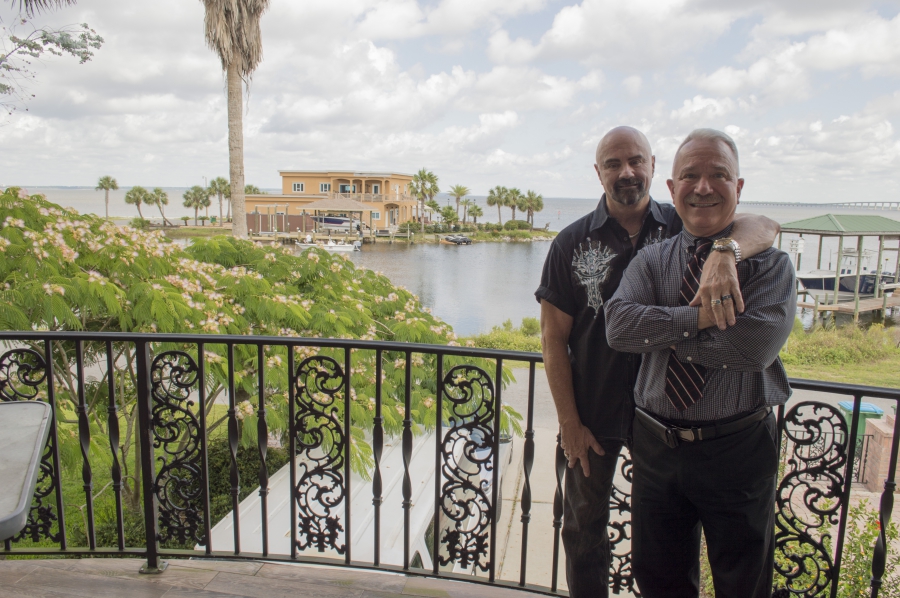 Americans are living and loving longer than ever before. And as stigmas around aging and who we age with continue to dissipate, more and more elder adults are feeling empowered to be themselves openly and honestly. Old standards of behavior sometimes persist, though, and in their wake leave crises of identity and loneliness. Society as a whole has finally become okay with senior citizens remaining in the work place—as long as they don’t dictate too much about it. And most in the South are finally comfortable with the idea of the 70-plus crowd having sex—so far as the sex is straight and nothing to blush about.

An estimated six percent of elder adults are lesbian, gay, bisexual or transgender, but far few openly identify as such. Unique stressors associated with being a sexual minority make some seniors think twice about coming out. Openly LGBT older adults are more likely to suffer economic, physical and mental disadvantages as they and those around them come to terms with their identity. They are also more likely to live alone and experience social isolation. These challenges, coupled with the obstacles that already exist in getting old, can seem insurmountable to many.

Thankfully, there is evidence that as society and the eldercare industry specifically are more educated on the plight of older LGBT people, these individuals are finding joy and satisfaction later in life. Just like their heterosexual counterparts became more transparent about their active sex lives around the turn of the millennium, so gay, bi and transgender seniors are embracing one of the most integral facets of life—intimacy.

Bill Adair and Rick Rheaume, 69 and 61 respectively, love their lives and are comfortable being themselves, even in conservative Northwest Florida and around their own ex-wives. They have been together 27 years and could not be happier.

“Ours is a good life,” Bill said, a painter who has adorned their Gulf Breeze home with his own artistic depictions of wildlife. “It wasn’t always, though,” Rick recalled, who has worked for many Fortune 500 companies in his career. “There used to be a joke around the office that management would find an excuse to fire someone for being gay, so I had to be very careful.”

Whether it is the self-confidence that comes naturally with aging or the world around them that is slowly progressing, the two are comfortable in their own skin now.

The two enjoy traveling and being near the water, but admit that if they were still forced—by themselves or by their community—to be in the closet, life would not hold the spice it does now.

“It’s one of the most personal things about myself,” said Bill. “I’d rather live in poverty than not be honest with myself.”

“Imagine being on your death bed and realizing that you lied to yourself and those around you all your life,” Rick agreed. “It can be difficult to come out, but it is so freeing.”

Another couple, Ron-Paul Henry and Steven Michael (“a couple of five first names,” Ron-Paul likes to joke), have the not-so-unique task of also caring for the latter’s mother. The two are 65 and 55 and have been together for decades. Steven’s mother has lived with them since they moved in together, and they would not have it any other way.

“She had an accident but recovered, but that doesn’t stop her from cleaning the house and doing laundry,” Ron-Paul said. “Last week she came down with shingles.”

The three live together in Destin and would not trade this part of the world for anything. While Ron-Paul admits there is not much to do for an older gay couple, they enjoy being with friends and caring for Steven’s mother.

“It is hard being gay,” Ron-Paul said. “Most of our friends are straight people in the military, but they are very accepting.”

Ron-Paul and Steven follow the current optimistic trend of older gay couples being upfront and honest about who they are, while not making the fact that they are gay the most notable thing about them. Others lack the support system or self-confidence to be themselves, whether in the workplace, around friends or even at home. The most important thing, according to both Bill and Rick and Ron-Paul and Steven, is to do everything in your own time and according to your own needs.

“You have to ask yourself, are you coming out for society or for yourself?” Ron-Paul said. “I would be looking for some kind of peace. You have to satisfy your basic needs before moving on.”