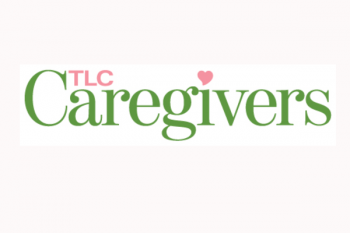 Council on Aging has maintained a powerful relationship with TLC Caregivers for over two decades. After all these years, TLC CEO Lou Donaldson says that she considers the Council a part of her family.

According to Donaldson, the relationship between TLC Caregivers and Council on Aging was inevitable. “One of the fundamental values of TLC,” Donaldson says, “is keeping seniors in the comfort of their own homes for as long as possible.” Donaldson explained that Council on Aging not only embodied these goals but also provided TLC Caregivers with ample opportunities to impact the lives of elders throughout the Pensacola area.

Members of TLC, such as Kenny Holt, emphasized just how important these core values were for their organization. “Over the past 30 years that we have been in business, we have cared for children and adults in their own locations in the four counties of the panhandle. We cover services like companion, respite, transportation, and homemaking care. Throughout this time, we have always worked to volunteer outside of our program and have participated in activities like the adult day-care center at Council on Aging and the Senior Chill Out program. It’s pretty amazing what TLC Caregivers does as a locally owned and created business.”

Because of TLC’s intense focus on the community aspects of their organization, they have been universally recognized as a leading example for eldercare throughout all of Florida, even winning the Northwest Florida branch of the National Association of Social Worker’s partner of the year award. Despite these accolades, TLC Caregiver’s never stops expanding the good work that they do. For TLC, their relationship with Council on Aging epitomized all the time and energy that they regularly give to their community. Ultimately, TLC’s decision to become a corporate sponsor for Council on Aging was “a no-brainer” according to Donaldson.

Donaldson explained her decision, saying, “Keeping in mind the fact that they are like family to us, all the amazing work they do, and their fiscal responsibility, a corporate sponsorship with Council on Aging was an easy investment.” The charity which TLC Caregivers has provided for Council on Aging will go to repairing the homes of seniors throughout the Pensacola area and fulfilling TLC’s belief in keeping seniors in their own homes. In the end, the warmth and love for the community which TLC has served for over 30 years can be seen in everything they do. From the one-on-one volunteer activities that they regularly go out of the way to perform, the work they do as caregivers, and the bonds they form with organizations such as Council on Aging, TLC has cemented themselves as one of Pensacola’s most important institutions.